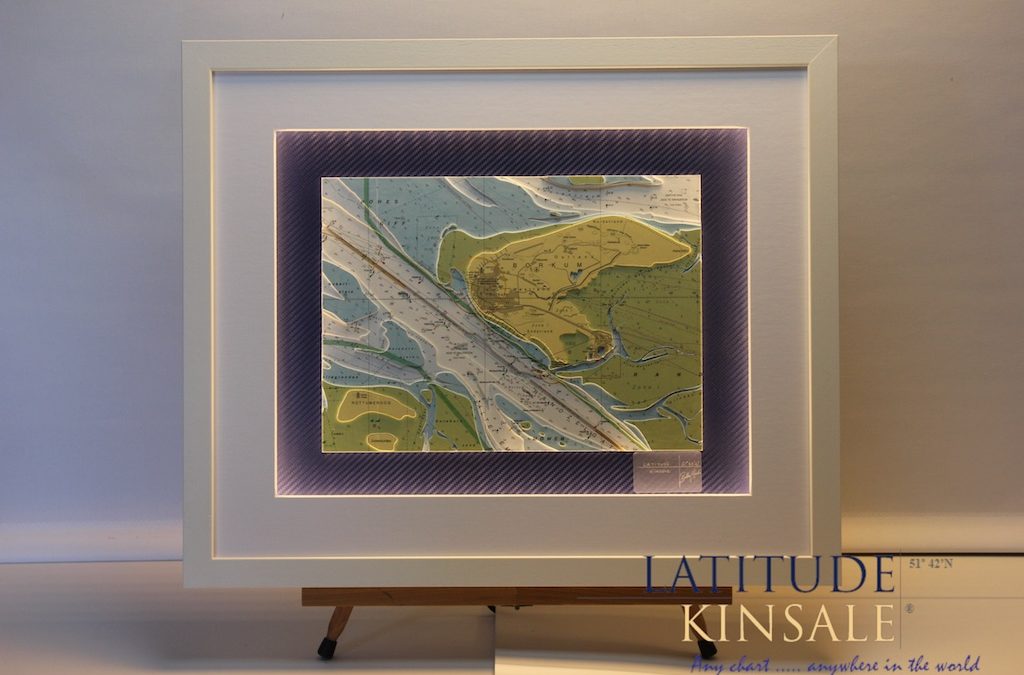 The German island of Borkum belongs to The Wadden Islands, also known as the Frisian Islands. The archipelago lies at the eastern edge of the North Sea in northwestern Europe. It stretches from the north-west of the Netherlands through Germany and on to the west of Denmark. The islands shield the mudflat region of the Wadden Sea from the North Sea. Borkum is the biggest and most western of the East Frisian Islands. The only town on the island is also called Borkum. To the west, the smaller islands of Rottumeroog and Zuiderstrand are also shown.

This 3d chart is set on a blue background and has a white mount and white frame. Surround lighting is used to highlight the contours on this chart.