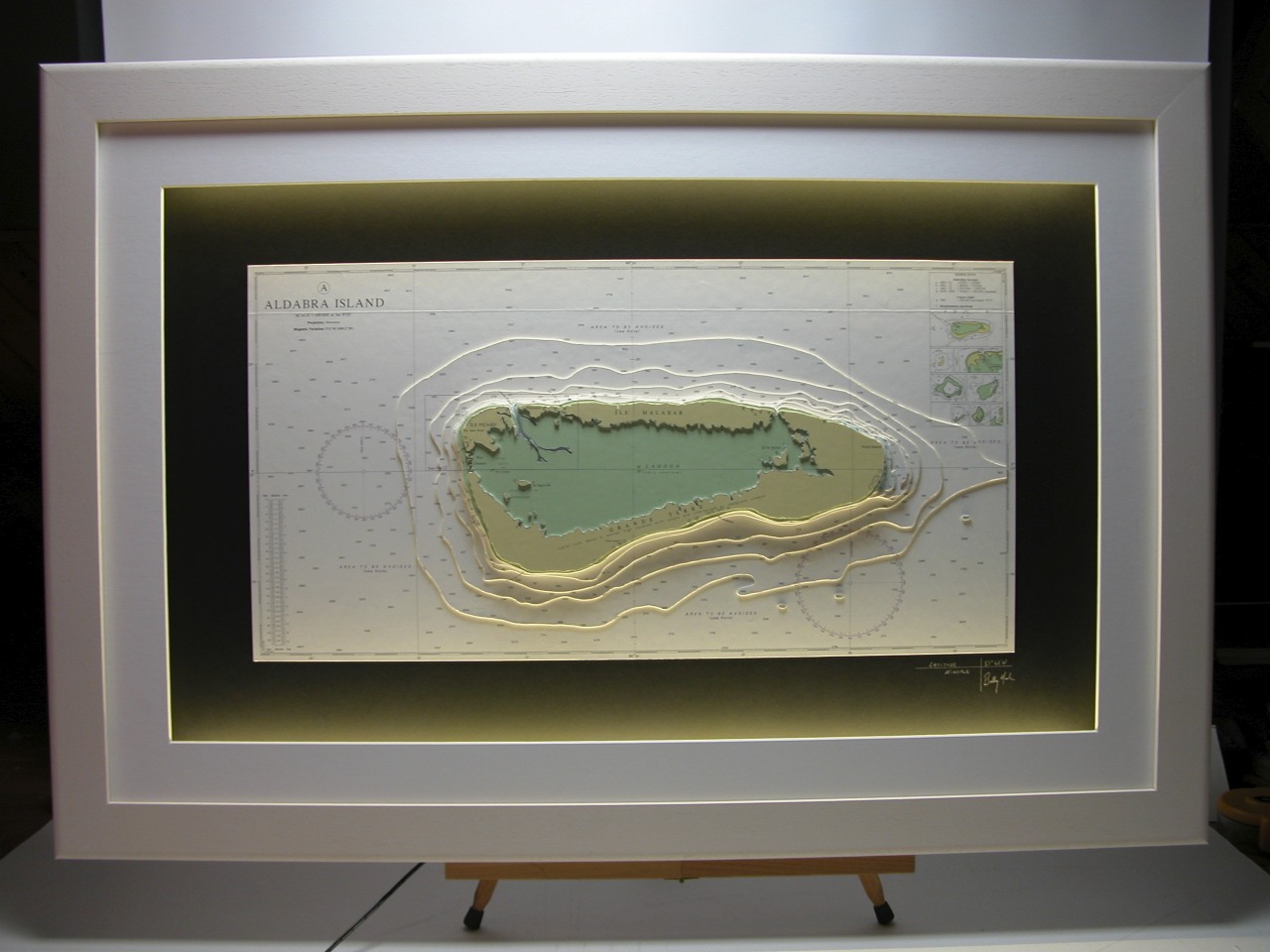 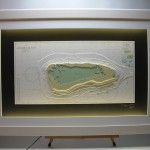 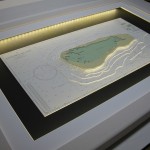 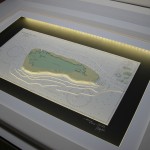 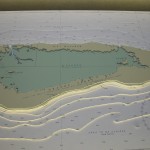 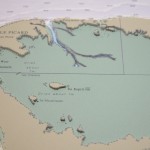 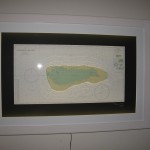 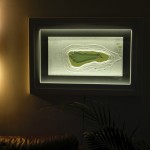 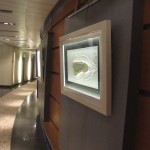 The Seychelles are a fascinating location and shown on a 3D chart, they are simply awesome. The Aldabra group of islands lie in the outer islands of the Seychelles, in the most remote part of the chain. Here in the Aldabra Group you will find the largest raised coral atoll. It’s 34 km long, running east to west, and it has been named a World Heritage Site by Unesco. There are four main islands in the atoll, surrouding a tidal lagoon. The four islands are Ile Malbar, Ile Picard, Grande Terre and Polymnie.

What I love about this 3D chart is that is shows how unique the Atol is in shape, the shallow lagoon in the centre and yet the depths within a short distance from the shore go to 3000 meters into the Indian Ocean. The frame has inbuilt surround lighting which shows up the features of the Atol so well.

I used a large white frame with a cotton white surround, the background is a dark brown which I used to create a contrast between the white surround & sea which in turn appears to elevate the island. The overall size is 900x800mm.

I was invited to exhibit my work on board the the ship ‘The World’. I wanted to show how flexible and creative my work is. The ship’s itinerary indicated that they were anchoring & exploring the Atol, so what better way to introduce the island and its features, and more importantly what better way to capture the memories of being in Paradise!