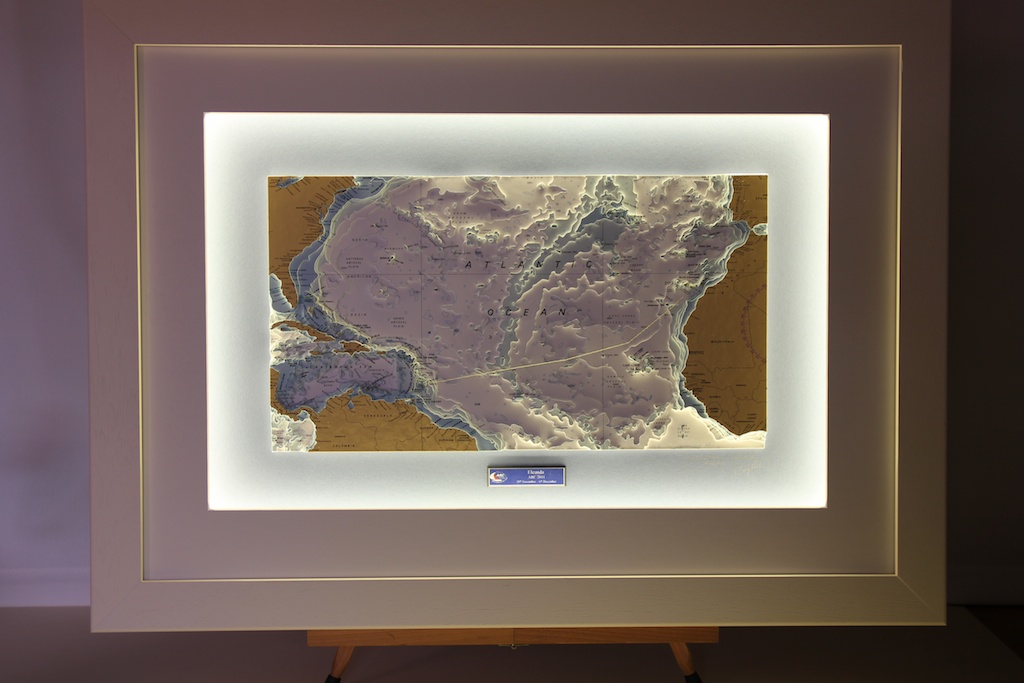 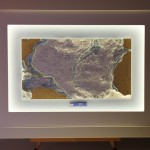 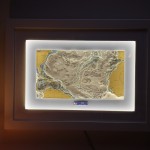 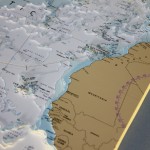 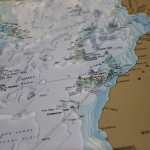 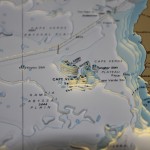 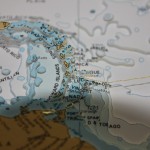 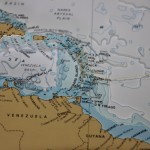 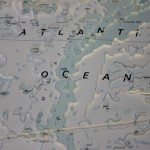 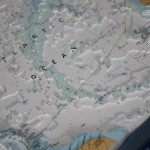 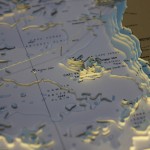 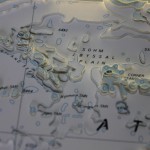 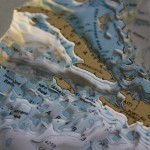 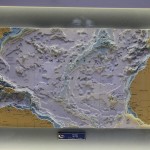 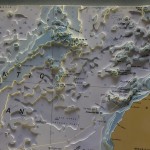 Every year a fleet of 200+ cruising yachts gather in Las Palmas de Grand Canaria for the start of a friendly race/rally that takes the fleet across the Atlantic to The Caribbean destination in Rodney Bay in Saint Lucia, one of the most beautiful islands in the Lesser Antilles. This is a lifetime ambition for most of those taking part. It’s one of those ‘Bucket list’ events.

I was asked to create a gift from the crew of one yacht for the owner as a memento. So how do you capture that life event as a memory ?……ah yes – a 3D chart of the Atlantic. It was a challenge to create this as the scale is very small so features like the Caribbean islands are extremely small. This is a chart that is more about the ocean floor than it is about the land masses. The really impressive feature is the Mid Atlantic ridge which is effectively a mountain range that sweeps from Brazil in a semi-circle up to the Azores and beyond. A fascinating feature that dictates the flow of the Gulf stream. Needless to say the depths are exceptional, in some cases over 6000 meters.

I also put in the general track of the yacht, showing the route they took on their epic voyage. The 3D chart looks fabulous and was much admired at the Southampton boat show. The surround lighting was particularly impressive, it picked up all of the features between the continents.

I love projects like this, creating a 3D chart that captures the memory of such a significant event in a way that invites your friends to appreciate the piece for years to come, making it the most satisfying art investment ever.