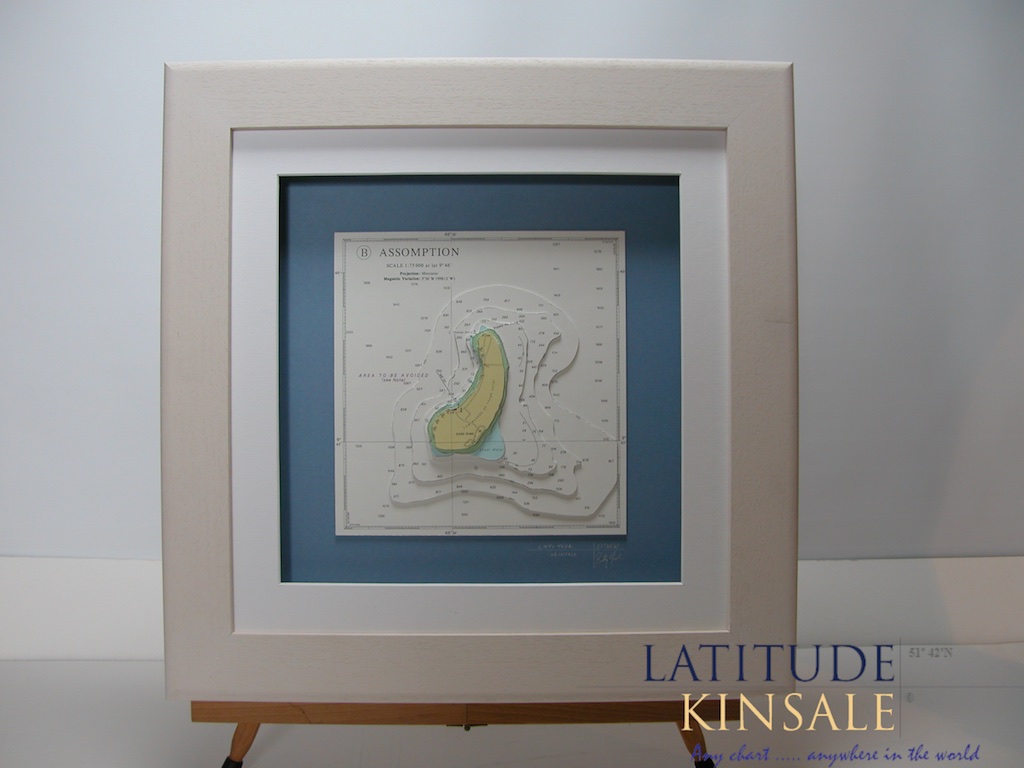 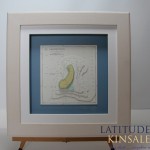 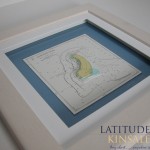 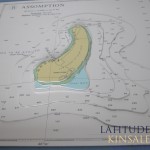 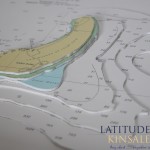 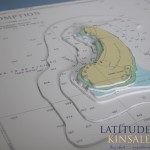 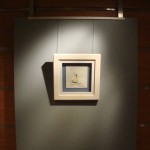 Assomption Island is situated approximately 37km south of the eastern tip of Aldabra. This raised coral island has a mostly gently shelving rocky coastline, with the exception of the western coast that has an almost uninterrupted sandy beach that extends for approximately five kilometres. There is a large shelf extending out to sea on the eastern side of the island and a very steep drop close to shore on the western side. The 3D chart shows this in great detail.

I used a large white frame with a cotton white surround, the background is aqua blue. The overall size is 500 x 500mm and surround lighting is built into the frame.

I was invited to exhibit my work on board the Ship ‘The World’. I wanted to show how flexible and creative my work is. I looked at the itinerary of the ship and saw that they were anchoring & exploring the Atol, so what better way to introduce the island and its features, and more importantly what better way to capture the memories of being in Paradise!