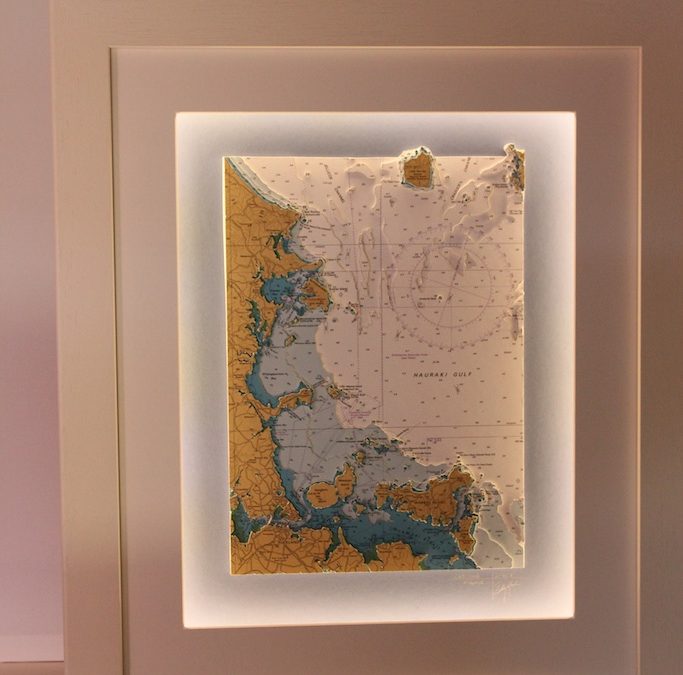 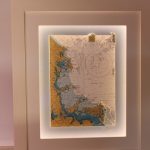 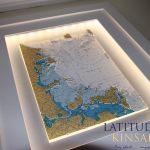 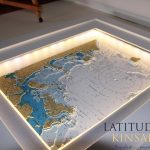 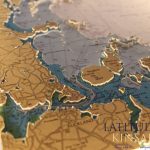 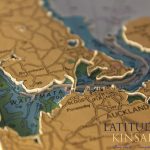 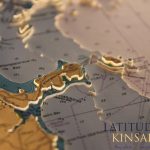 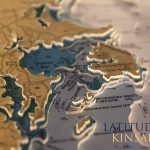 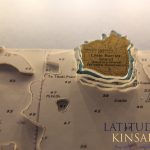 The city of Auckland lies in the Hauraki Gulf on New Zealand’s North Island. On this chart, Auckland can be seen on the south-west corner. The Auckland Harbour Bridge is shown spanning the harbour. Off-shore are several islands, namely; Rangitoto, Motutapu Island, Rakino Island, Motuihe Island, Waiheke Island, Chamberlins Island, Tiritiri Matangi Island, and Kawau Island. On the northern limit, Little Barrier and Great Barrier Islands edge off-chart in a nice artistic feature. This is an attractive chart of a long and interesting coastline close to New Zealand’s most northern point. Just south of the city of Auckland, the land is less than 2km wide at its narrowest point.

Locations with interesting coastlines make for attractive 3d charts, and this is no exception. The islands dotted around the harbour add to the visual aesthetic. The chart is set on a blue background and has a white mount and a white frame. Surround lighting enhances the 3d effect.