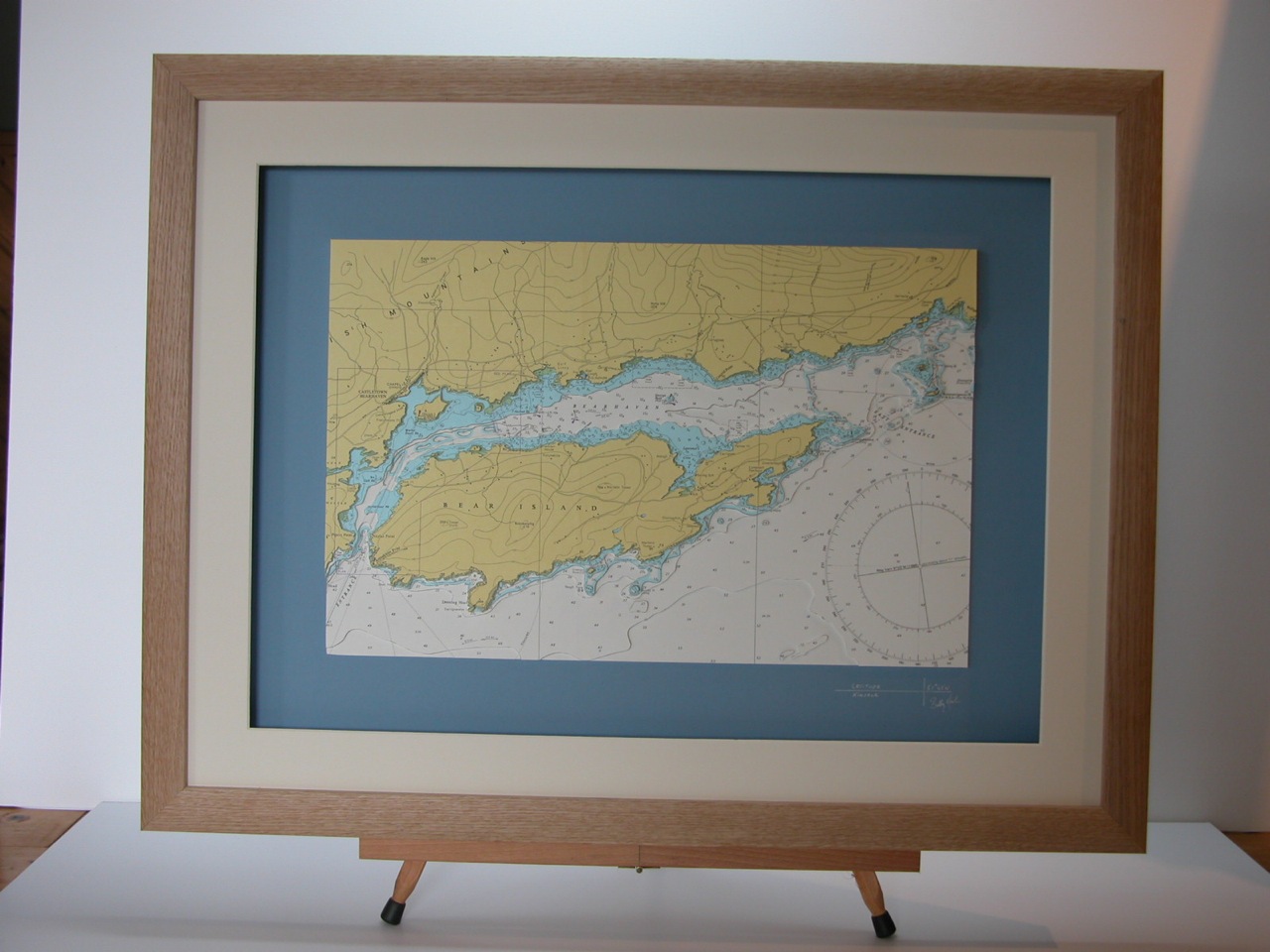 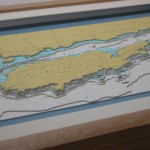 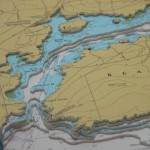 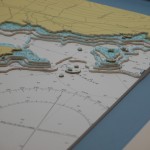 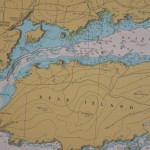 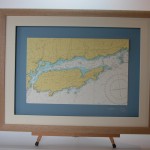 Bear Island (or Bere Island) lies between Berehaven Harbour and Bantry Bay in West Cork just off the port of Castletownbere. Due to the island’s strategic location, Bere Island has a very interesting heritage. It is rich in archaeological sites including ring forts, standing stones, Martello towers and a military fortification. The Slieve Miskish and Caha Mountain ranges of the Beara Peninsula provide a dramatic backdrop to the island.

Bere Island is roughly 10km x 3km and has a population of over 200. The main harbour is Lawrence Cove, near the main village of Rerrin which is towards the eastern end of the island. Between Bere Island and the town of Castletownbere lies Dinish Island which is connected to the mainland by a bridge.

This chart is set on a marine blue background and is finished with a cream mount and an obeche frame.