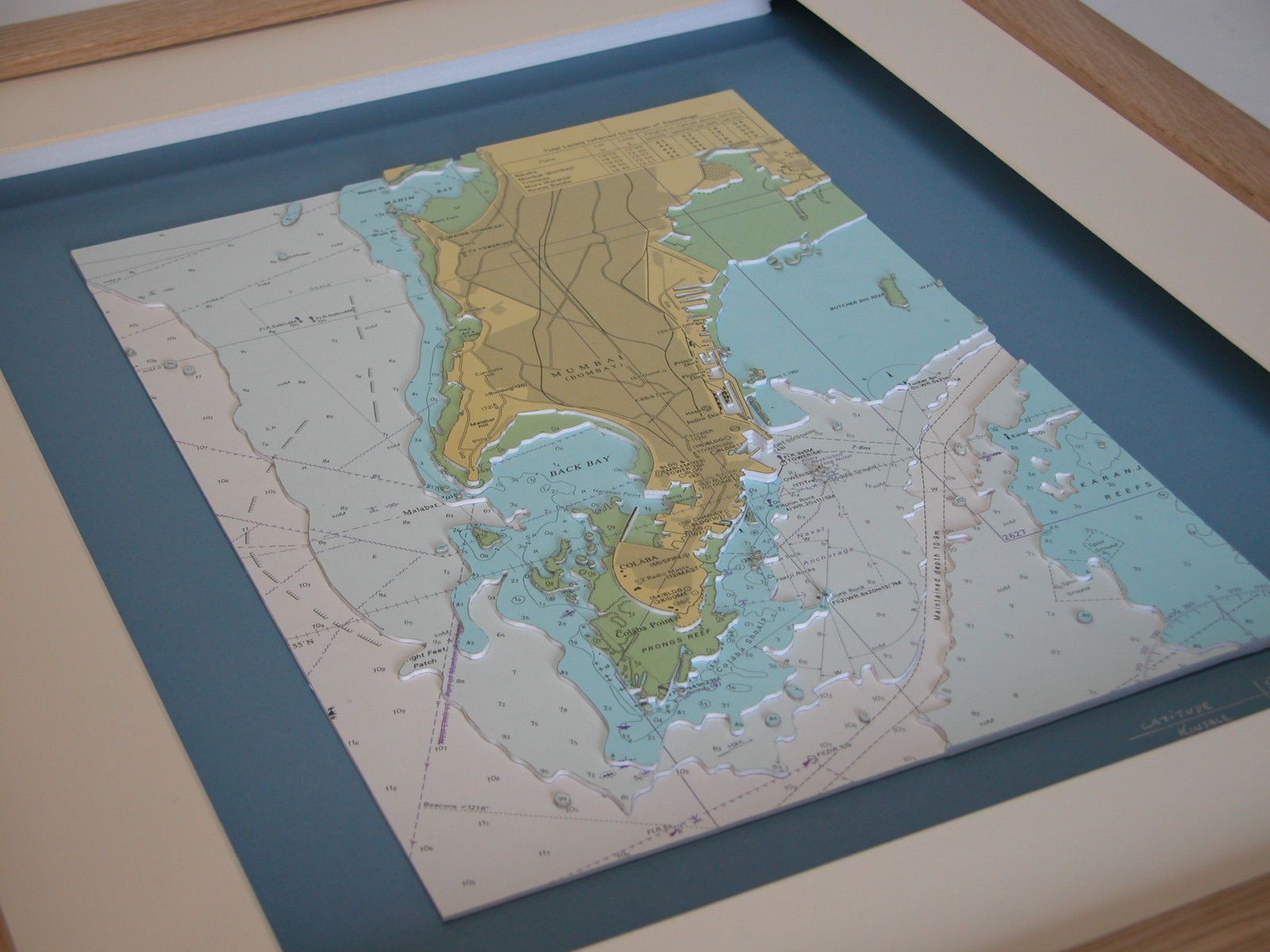 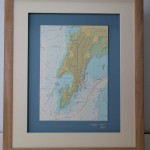 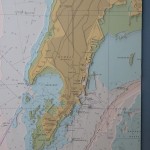 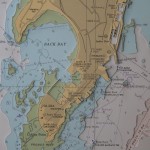 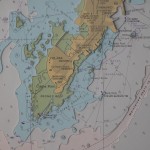 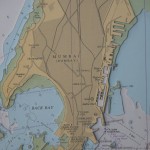 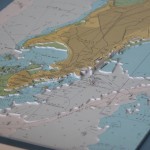 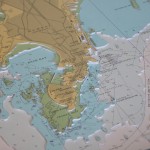 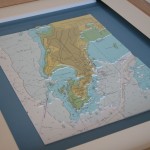 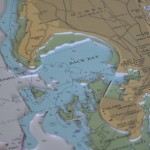 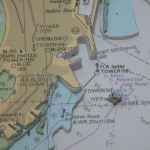 Mumbai, or Bombay as it was known prior to 1995, is the capital and most populous city of the Indian state of Maharashtra. Mumbai lies on the west coast and has a deep natural harbour and is a major seaport on the Arabian Sea. It is the financial and commercial capital as well as being the wealthiest city in India.

This chart features the southern part of Mumbai, incorporating Mahim Creek and Back Bay on the west coast to the tip of the peninsula at Colaba at the south. On the eastern side there is an extensive area of docks. As with all man-made structures, re-creating these docks is a slow task in 3d. The straight lines and angles require precision and strict attention to detail.

The various reefs of the area are evident, particularly Prongs Reef at Colobra Point and also Butcher Big Reef off the eastern shore.

This piece is set on a marine blue background and is finished with a cream mount and an oak frame.