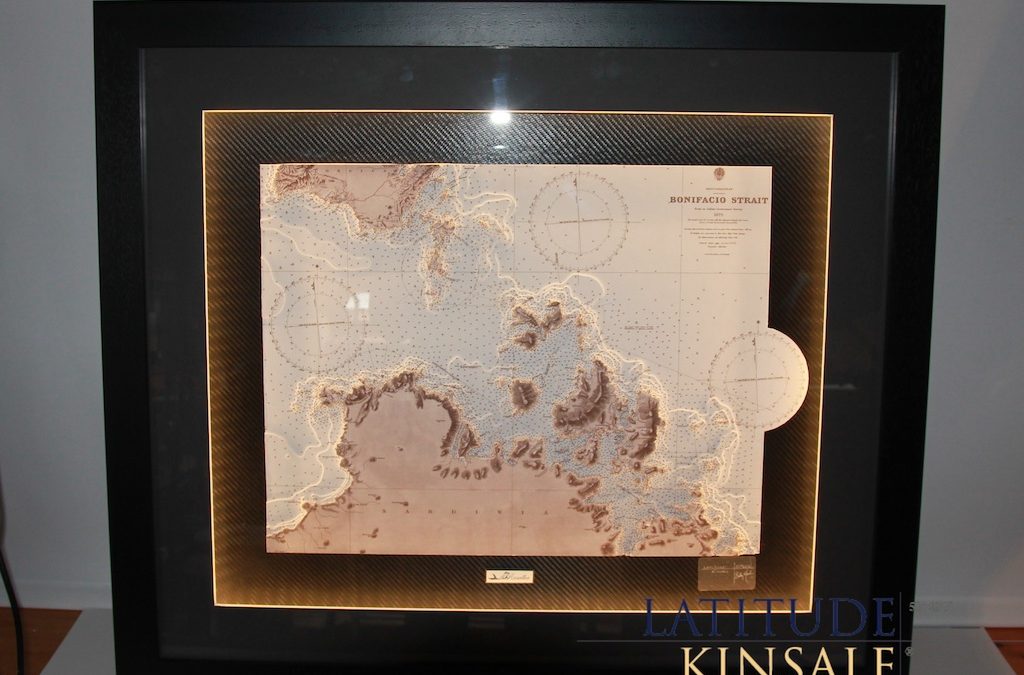 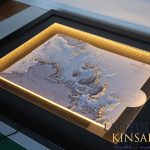 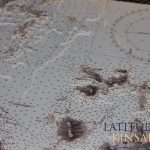 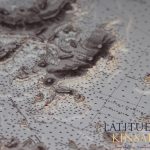 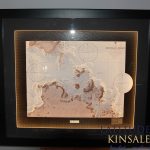 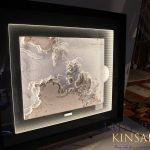 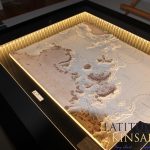 This commission focuses on The Strait of Bonifacio and its islands. The Strait of Bonifacio is the narrow passage that divides the French island of Corsica and the Italian island of Sardinia. Historically, it is a notorious passage for sailors because of currents, weather, shoals and other objects. It is also a sensitive area with rich biodiversity. It has a maximum depth of 100m. Geographically, it separates the Tyrrhenian Sea from the Western Mediterranean.

The southern tip of Corsica is shown and includes the town of Bonifacio, after which the Strait is named. The north of Sardinia occupies the bottom of the chart, but the main focus of this piece is the islands. The largest ones are named as follows: Isola Razzoli, Isola Budelli, Cala Santa Maria, Isola Spargi, Isola Maddalena, Isola Santo Stefano, and Caprera.

The chart used in this case is a classic black and white from the  Admiralty archives. It is set on a gold background and has a charcoal mount and a black frame. The piece is finished with in-built surround lighting.