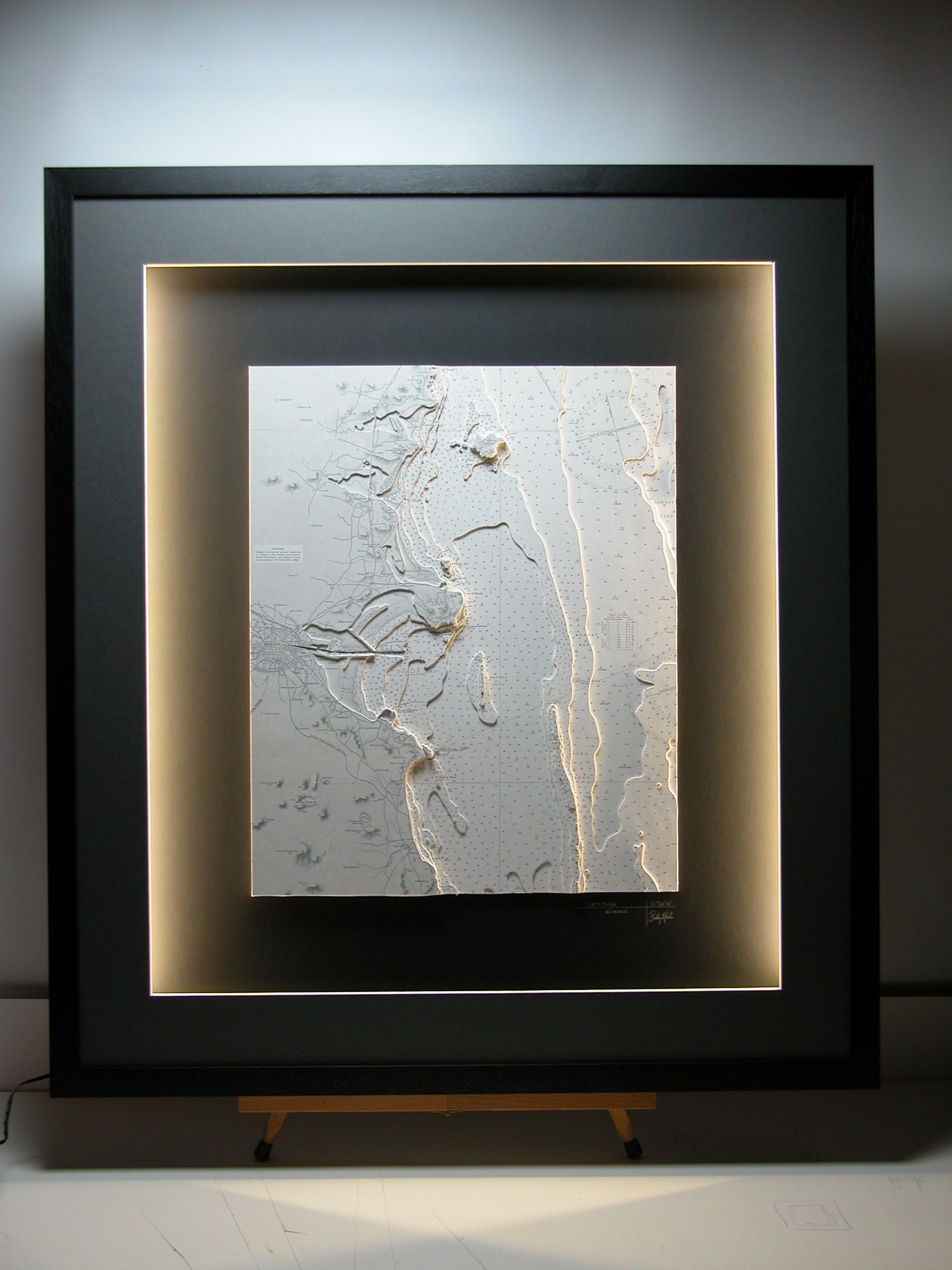 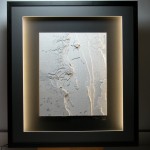 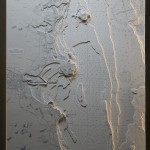 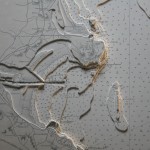 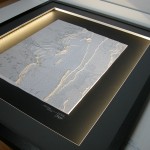 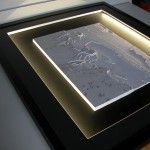 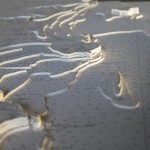 This lovely black and white 3D chart features Dublin’s coast from Lambay Island as far as Bray Head, Co. Wicklow. Iconic Dublin landmarks such as Howth Head, the Dublin docklands and Dun Laoghaire’s east and west piers are all shown. The focal point is Dublin city which is shown central along the coastline, with the city at the west edge of the chart. To the east is the Irish Sea. Dublin Bay is about 10km wide along its north-south base, and 7km in length to its apex at the centre of the city.

Lambay Island is 4km offshore from the headland at Portrane and is the easternmost point of the state. It is the largest island off the east coast of Ireland. There are steep cliffs on the northern, eastern and southern sides of the island and a low-lying west shore.

This chart features built-in surround lighting. It is set on a black background and is finished with a charcoal mount and a black frame. The finished work is a very stylish piece.