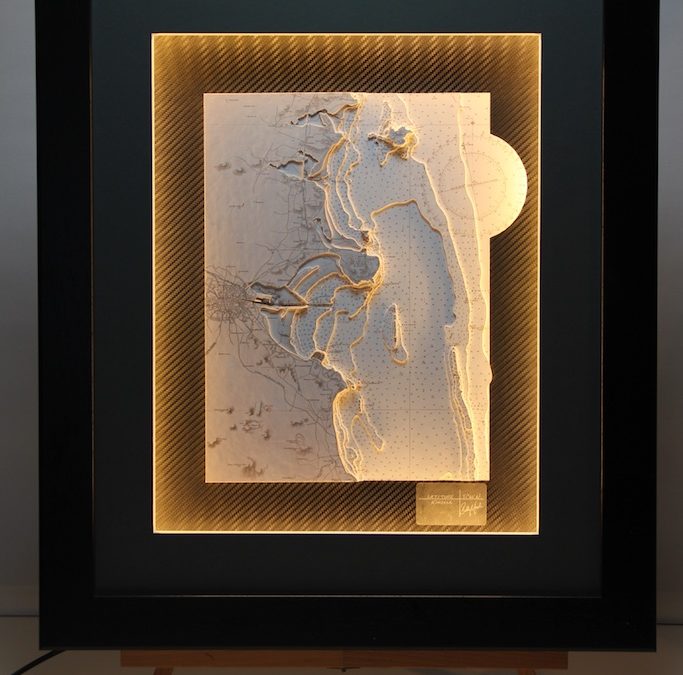 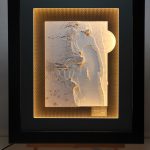 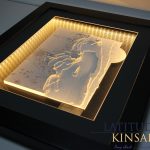 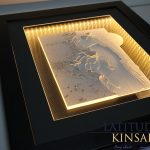 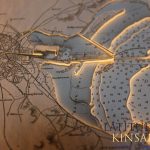 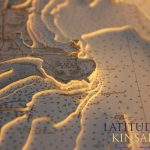 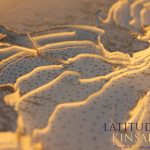 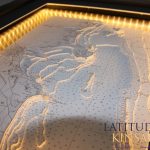 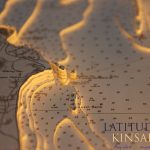 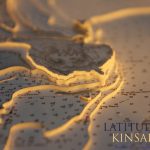 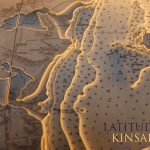 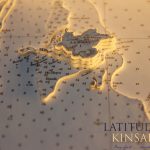 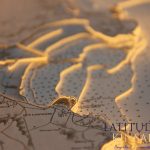 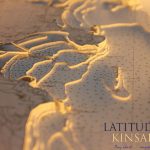 This is a wonderful chart of the east coast with Dublin City at its centre. It showcases so many landmarks of the area including Dun Laoghaire piers, Lambay Island, Howth Head, Dublin Bay, the Bull Wall, Killiney and Bray. At the top of the chart, Lambay Island can be seen lying offshore. It is the largest island off the east coast of Ireland and is about 2.5 square kilometres in size. There are steep cliffs on the northern, eastern and southern sides, with a more low-lying western shore.

The Hill of Howth is a dominant feature on this chart. Howth Head forms the northern boundary of Dublin Bay. The island of Ireland’s Eye, which is a Special Area of Conservation, lies about a kilometre north of Howth Harbour. Within the Bay lies the city of Dublin. The River Liffey, the Grand Canal and the docklands are all shown. Between the city and Howth is Bull Island.

The inbuilt surround lighting gives a lovely golden glow to the chart background. It is finished with a black frame and black mount.