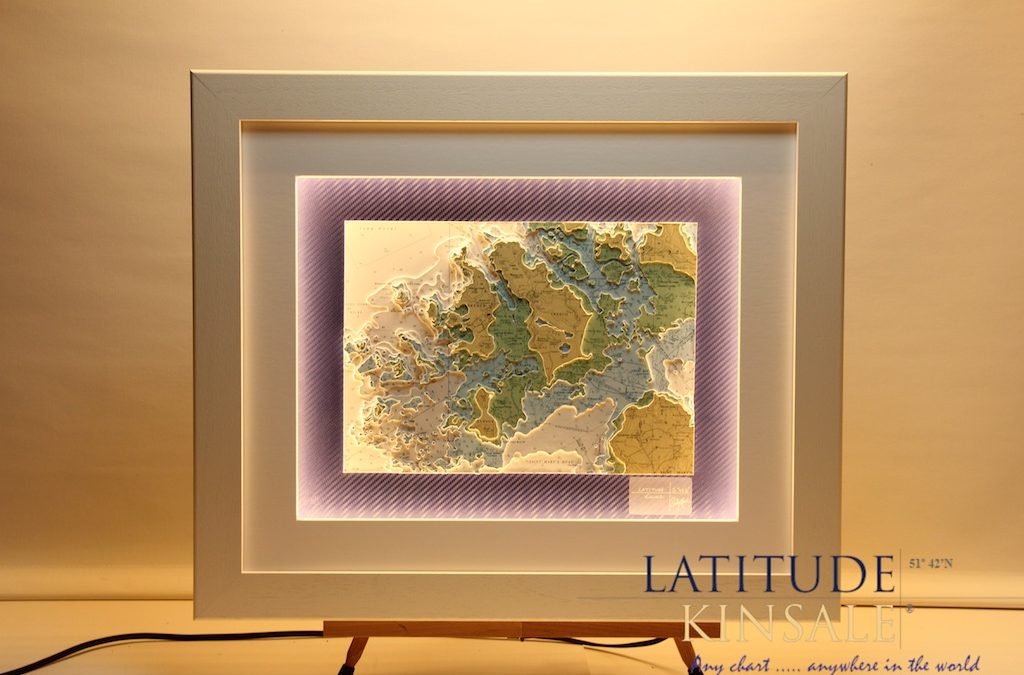 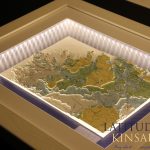 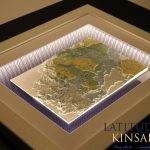 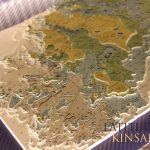 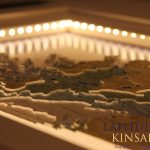 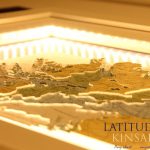 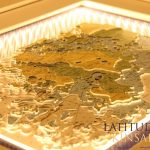 The Scilly Isles lie off the south west coast of England and form part of Cornwall. Five of the islands are inhabited, namely St. Mary’s, Tresco, St. Martin’s, Bryher and St. Agnes. There are numerous other smaller islands that form part of the archipelago. This chart focusses on Bryher to the west and Tresco to the east. Samson is shown to the south. On the eastern side you can see part of St. Martins and St. Marys. The area has a special connection with Kinsale, as the small scenic village of Scilly, named after the Scilly isles, is located close to the Latitude Kinsale studio. The village was named when Kinsale was a major fishing port and fisherman from the Scilly Isles settled there.

This chart displays fine 3D detailing which is accentuated by surround lighting. The chart, when illuminated, appears to hover over the blue background. It is finished with a white mount and frame combination.