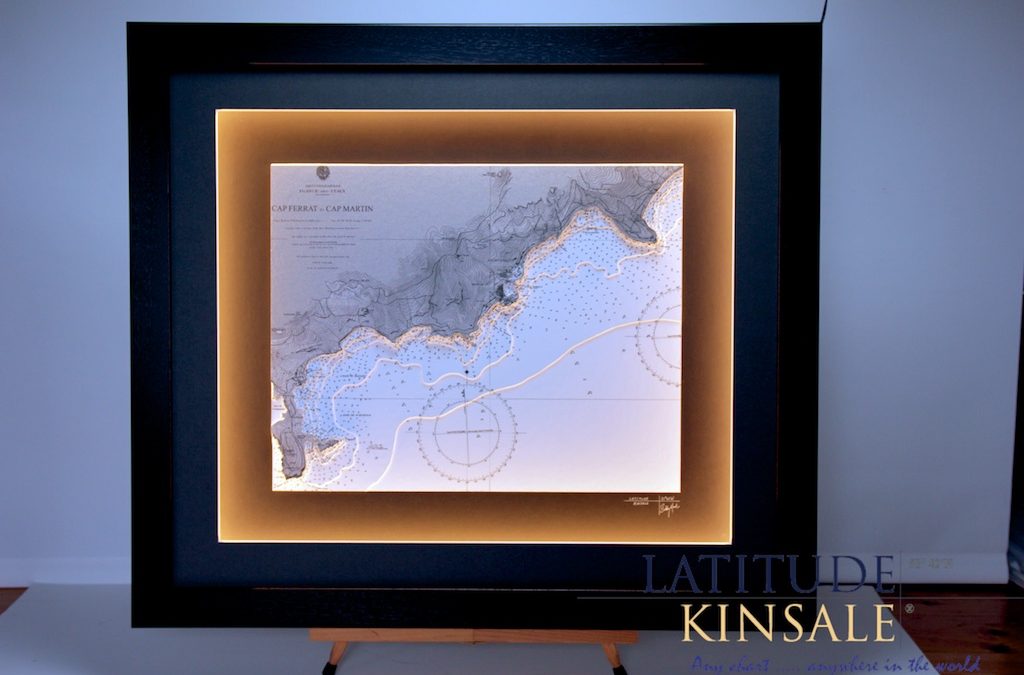 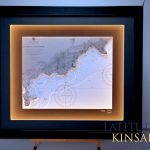 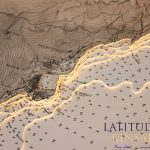 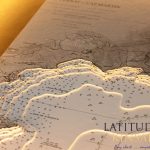 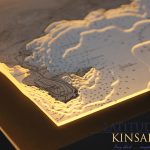 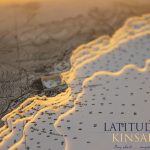 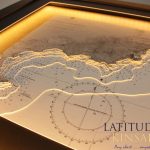 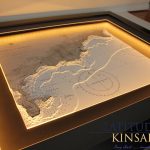 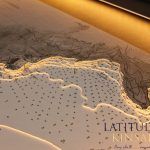 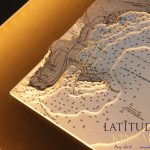 The area of this chart extends from Cap Ferrat to Cap Martin and includes the principality of Monaco. Cap Ferrat, shown on the bottom left corner of the chart, lies to the east of the city of Nice on the French Riviera. It is known for its expensive properties. Both it and Monaco are considered to be the most expensive residential areas in the world.

Cap Martin, shown on the top right-hand corner of the chart, is a beautiful peninsula jutting out into the Mediterranean. Like Cap Ferrat, it is known for its many exclusive villas.

Central on the chart is the tiny independent state of Monaco. It is known for its wealth, its royal family, its annual grand prix and its casinos of Monte Carlo.

Notable on this chart is the definition of the coast that cuts a diagonal line through the centre. The chart used is a black and white Admiralty chart. It features surround lighting and has a black frame with charcoal mount on a golden background.