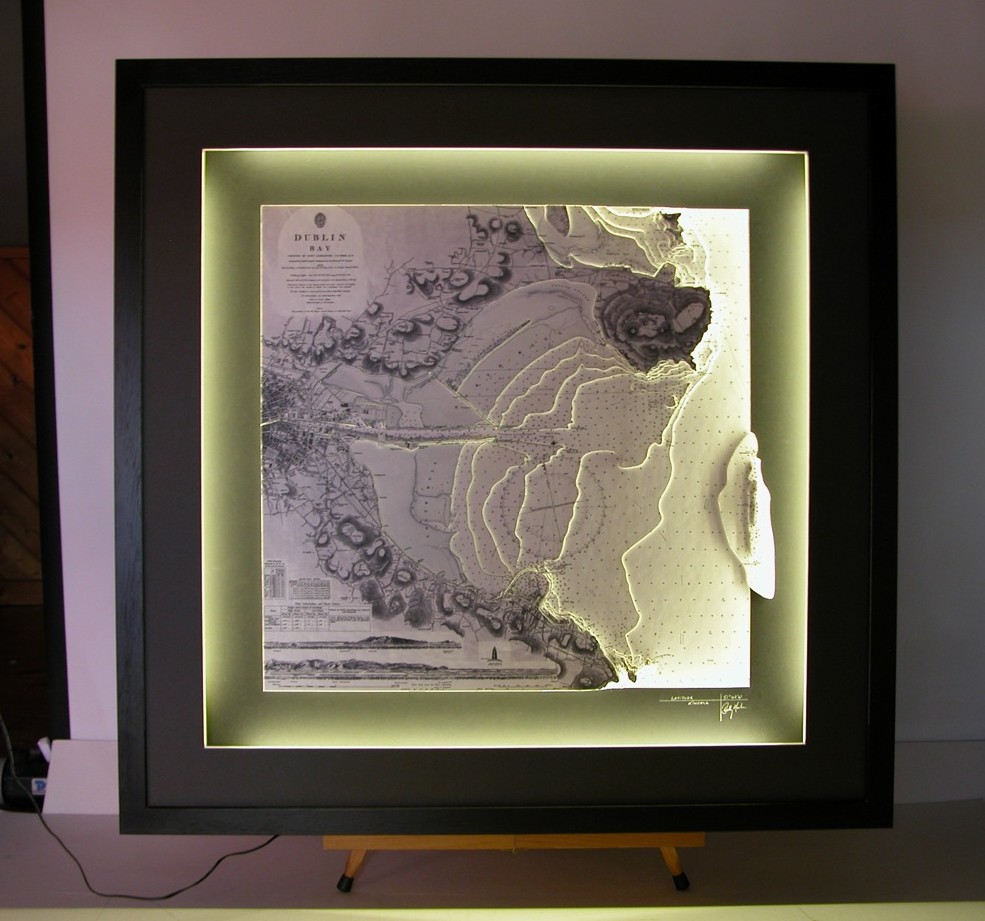 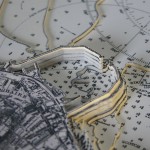 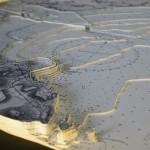 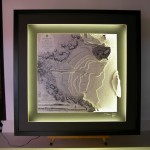 The 3D chart is a stunning representation of Dublin Bay. The chart chosen is a lovely black and white classic from the Admiralty archives. It features elevational artistic impressions at the bottom of the chart.

The Dublin coastline is beautifully portrayed with the city as its central focal point. Howth Head forms the northern boundary of Dublin Bay. The island of Ireland’s Eye, which is a Special Area of Conservation, lies about a kilometre north of Howth harbour.

Within the Bay lies the city of Dublin in a central position. The River Liffey, the Grand Canal and the docklands are all shown. Between the city and Howth lie Bull Island. Moving south of the city, the iconic image of Dun Laoghaire’s east and west piers are shown. Dun Laoghaire has one of the largest harbours in the country and is home to four yacht clubs: the Royal Irish Yacht Club, the Royal St. George, the National Yacht Club and the Motor Yacht Club as well as a couple of sailing clubs.

The addition of surround lighting enhances the detailed 3D work and the fine features of this chart. It is set on a golden background and is finished with a charcoal mount and a black frame. It is a stand-out piece of art.