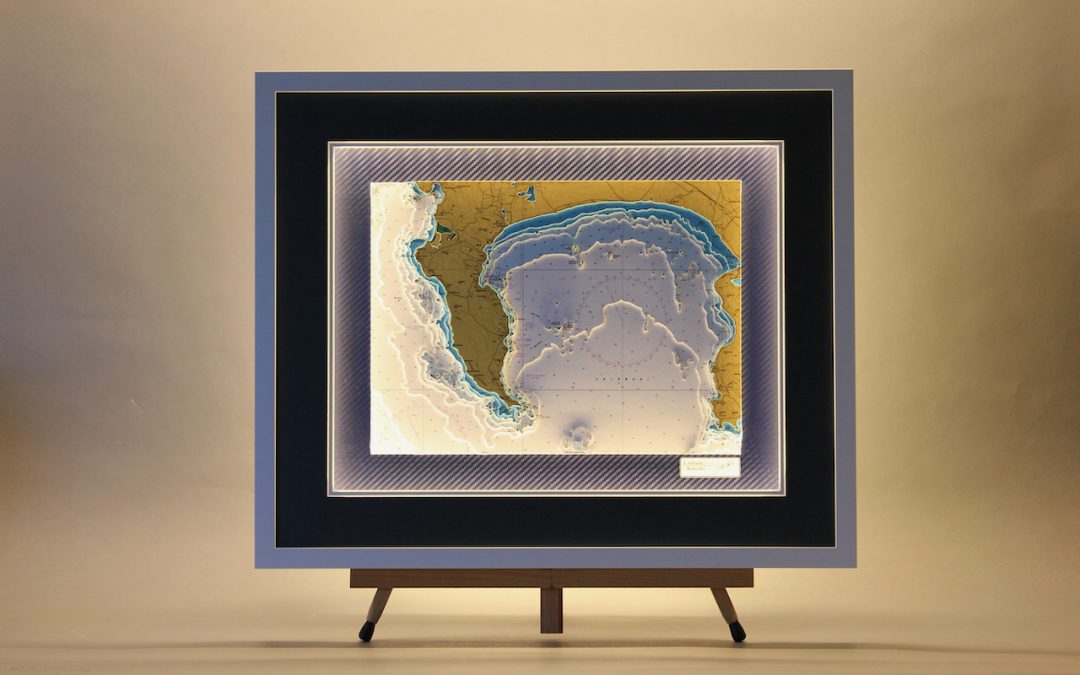 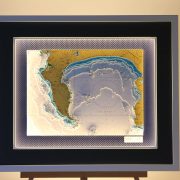 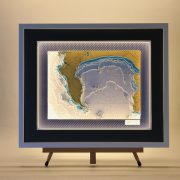 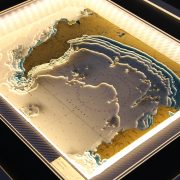 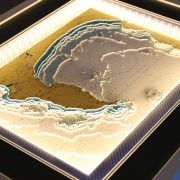 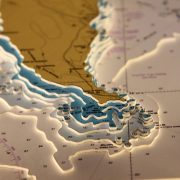 This chart features False Bay in South Africa. It covers the coastline from Hout Bay to the Cape of Good Hope and False Bay to the east.

False Bay (Afrikaans: Valsbaai) is a bay on the south side of Cape Peninsula, South Africa, 21 km southeast of Cape Town. The mouth of the bay faces south and is demarcated by Cape Point to the west and Cape Hangklip to the east. The north side of the bay is the low-lying Cape Flats, and the east side is the foot of the Hottentots Holland Mountains to Cape Hangklip which is at nearly the same latitude as Cape Point. The name “False Bay” was applied at least three hundred years ago by sailors returning from the east who confused Cape Point and Cape Hangklip, which are somewhat similar in form. False Bay also contains South Africa’s largest naval base at Simon’s Town (historically a base for the Royal Navy), and small fishing harbours at Kalk Bay and Gordon’s Bay.