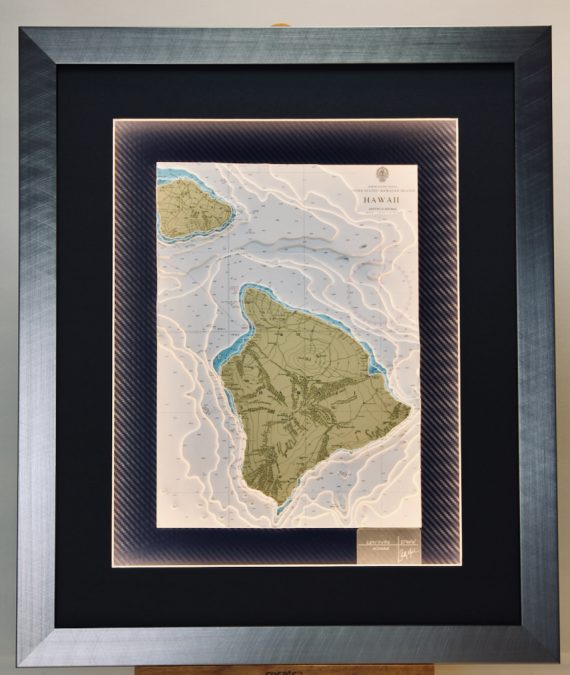 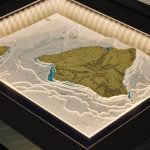 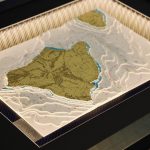 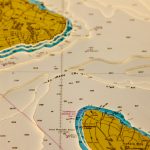 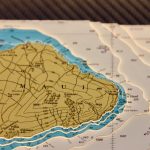 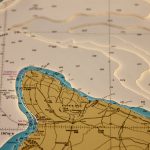 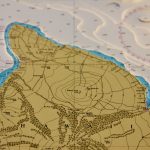 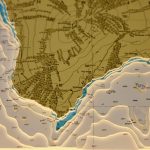 Hawaii is a state in the Western United States, located in the Pacific Ocean. Hawaii is a group of volcanic islands and the islands lie about 3,850 km from San Francisco, California, to the east and about 8,510 km from Manila, in the Philippines, to the west. The capital is Honolulu, located on the island of Oahu. It is the only U.S. state outside North America, the only state that is an archipelago, and the only state in the tropics. Hawaii is also one of several U.S. states that were independent nations prior to joining the Union. The land area of the state of Hawaii consists of the tops of a chain of emerged volcanic mountains that form 8 major islands and 124 islets.

This chart features Hawaii and Maui. Hawaii Island, known as the Big Island, it is the southeasternmost and largest of the Hawaiian Islands. Its area of some 10,438 square km continues to grow as Kilauea, the world’s most active volcano, continues to pour lava into the ocean. The island of Maui is the second-largest of the islands of the state of Hawaii.Maui’s diverse landscapes are the result of a unique combination of geology, topography, and climate. Each volcanic cone in the chain of the Hawaiian Islands is built of dark, iron-rich/quartz-poor rocks, which poured out of thousands of vents as highly fluid lava over a period of millions of years. Several of the volcanoes were close enough to each other that lava flows on their flanks overlapped one another, merging into a single island.