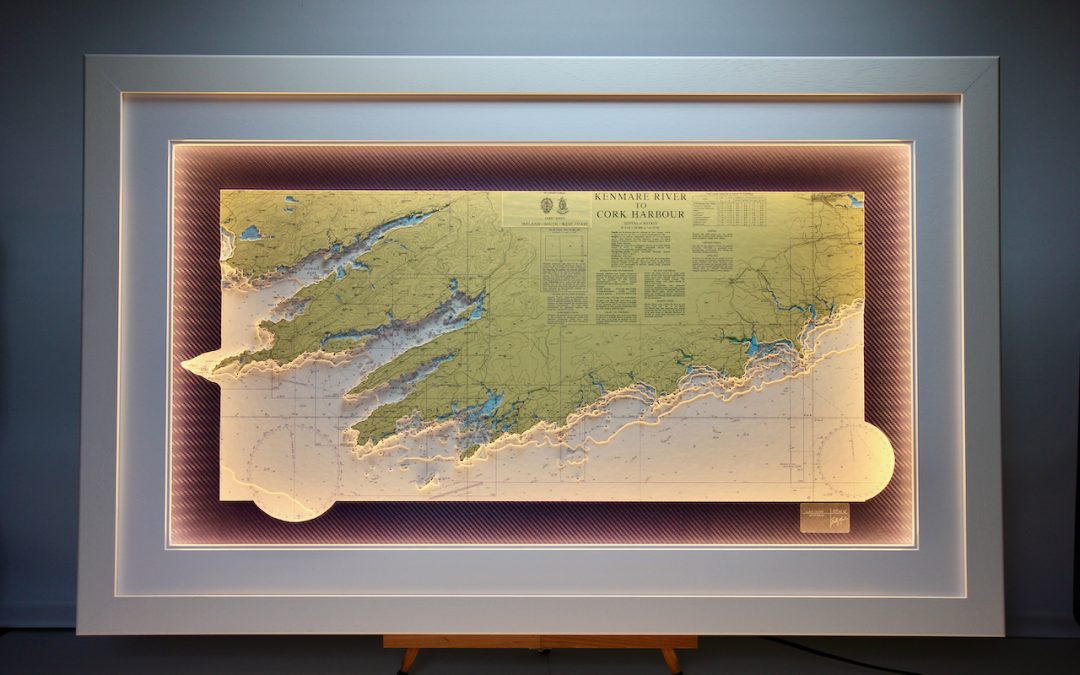 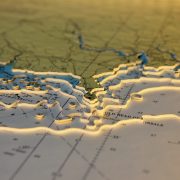 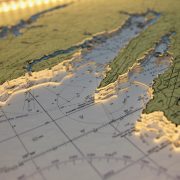 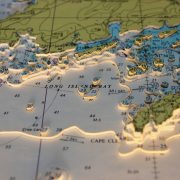 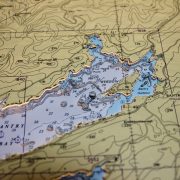 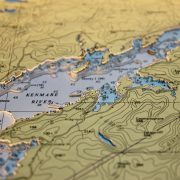 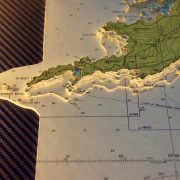 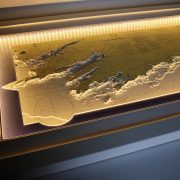 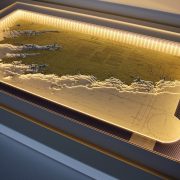 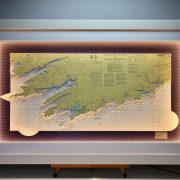 The south west coast of Ireland is known for its beauty and is a major holiday location whether by land or by sea. It captures the south-west coastline from Kenmare River, Co. Kerry to Kinsale, being home to Latitude Kinsale, Co. Cork. The coast is rugged which always makes for a chart that is rich in 3D detail. The bigger islands of Bear Island and Whiddy can be seen as can the numerous smaller islands – mostly located around Baltimore, including Long Island,Cape Clear, Sherkin, Heir Island, Ringarogy. The bigger towns of Kenmare, Bantry, Skibbereen, Bandon and Kinsale are all shown.

We used a nice artistic technique on this chart in floating some of the border sections over the edge. This looks particularly effective on the Dursey Island. It is one of the few inhabited islands that lie off the southwest coast of Ireland. It is situated at the western tip of the Beara Peninsula in the west of County Cork. Dursey Island is 6.5 km long and 1.5 km wide. The island is separated from the mainland by a narrow stretch of water called the Dursey Sound which has a very strong tidal race, with a reef of rocks in the centre of the channel which is submerged at high tides.

The in-built surround lighting illuminates the harbour and coast beautifully and shows the detail to full dramatic effect.