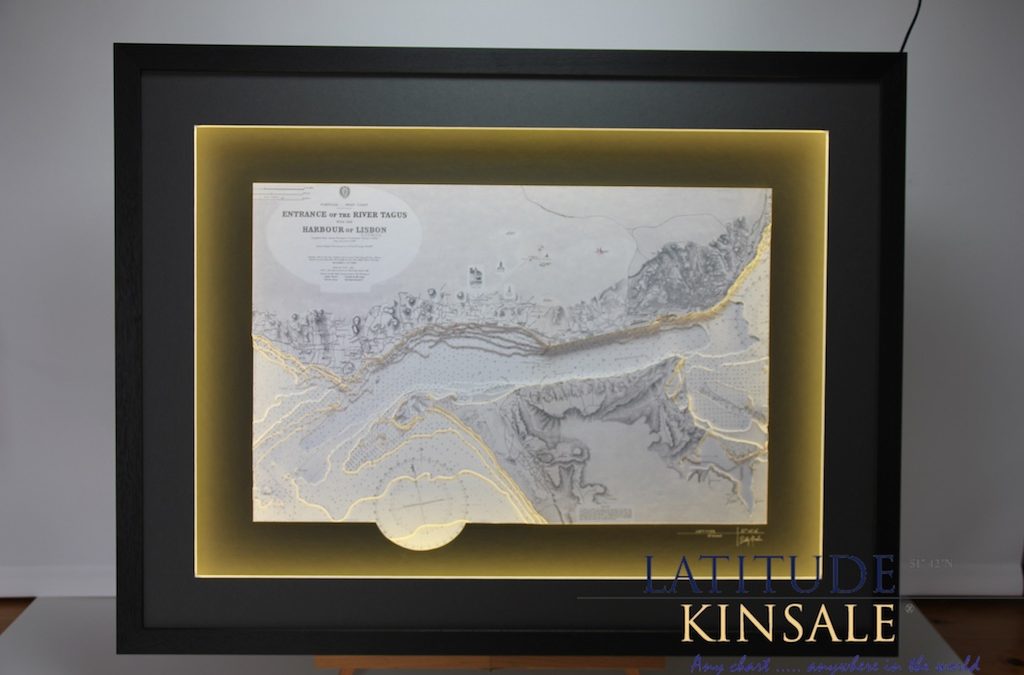 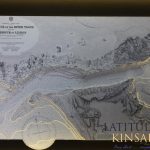 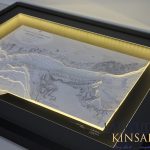 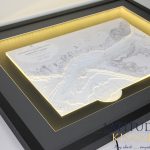 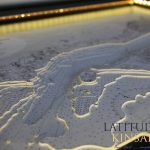 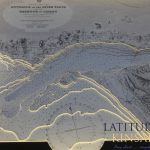 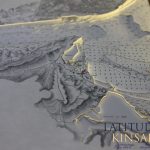 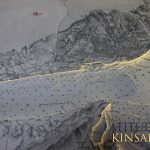 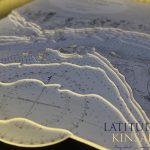 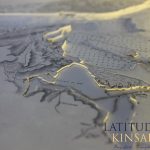 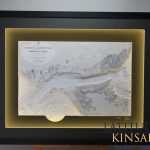 Portugal’s capital and largest city, Lisbon, is the feature in this chart. The title reads “Entrance to the River Tagus with the Harbour of Lisbon, compiled from various Portuguese government surveys to 1879”. The Tagus is the logest river on the Iberian Peninsula and it is at this point that it empties into the Atlantic Ocean. Lisbon is seen on the north-eastern extremity of the chart. Across the River Tagus is the city of Almada, which is now connected by the ’25 de Abril’ Bridge, but of course was not in existence when this chart was surveyed. The towns of note along the Lisbon coast are Alges, Caxias and Carcavelos.

The compass rose is shown floating over the edge of the chart as an artistic feature. Another feature of this chart is that the terrain of the immediate coastline is shown but the land behind it remains blank This has the effect of giving extra impact and focus to the coastline. The chart sits on a dark background and has a charcoal mount and a black frame. Surround lighting completes the piece.