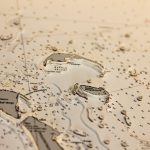 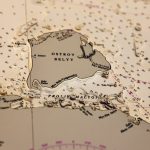 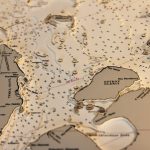 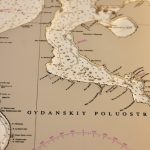 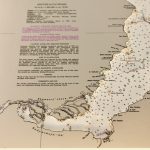 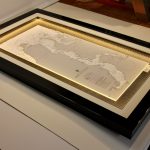 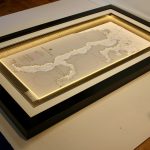 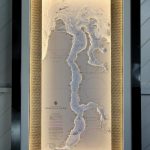 The Gulf of Ob (Russian: О́бская губа́, Obskaya guba) is a bay of the Arctic Ocean, located in Northern Russia at the mouth of the Ob River, the delta of which is choked by a huge sandbar. It is the world’s longest estuary. The mouth of the Gulf of Ob is in the Kara Sea between the Gyda and Yamal peninsulas. It is about 800 km in length and has a breadth varying between 32 and 97 km. The depth of the sea at this point is 10–12 metres which restricts heavy sea transport. Its eastern coastline is steep and rugged; the west is low-lying and marshy. Novy Port is the main port of the gulf.

There are several islands near the mouth of the Ob, at the beginning of the estuary, such as Khaley Island. All these islands are close to the shore and they are generally flat and low-lying. They are protected wetlands under Ramsar. Further north, except for a few islands located close to the shore, such as Khalevigo and Nyavigo, the Gulf of Ob is free of islands until it meets the Kara Sea.