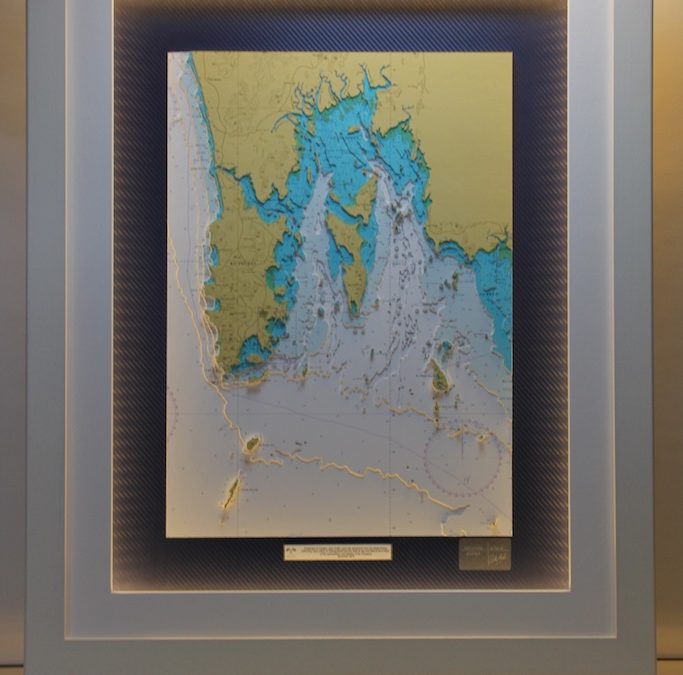 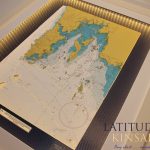 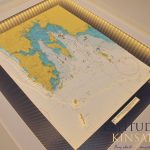 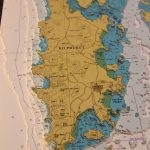 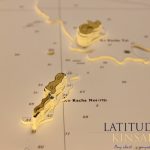 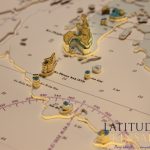 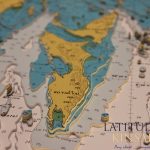 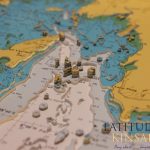 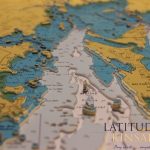 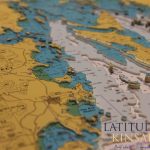 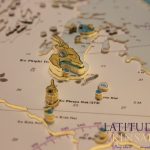 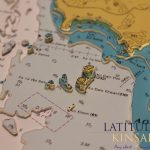 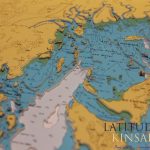 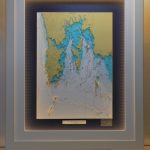 This chart shows the rugged coastline of Phuket in great detail. Phuket lies off the west coast of Southern Thailand in the Andaman Sea, approximately 890km from Bangkok. It is Thailand’s largest island at 550 sq. km, roughly the same size as Singapore, and is surrounded by many smaller islands that add a further 70 sq. km to its total land area. Phuket is separated from the mainland by the Chong Pak Phra channel at its northernmost point, where a causeway connects the island to the mainland.

There are numerous islands that make up the complex bay, they include Koh Raet, Koh Naka Noi, Koh Rang Noi, Koh Rang Yai, Koh Maphroa, Koh Sirae and Koh Lon. To the east of Phuket you have two large islands Koh Yao Noi & Koh Yao Yai. To the north there is an unusual gulf with various channels, the area is known as Ao Phangnga.

The frame in this case is white with a cotton white surround mount on an navy blue background. The combination of frame colour and mount has been carefully chosen to complement the 3D chart. In this case the end result is a fresh nautical feel. Surround lighting built into the frame highlights the chart’s 3d detailing.