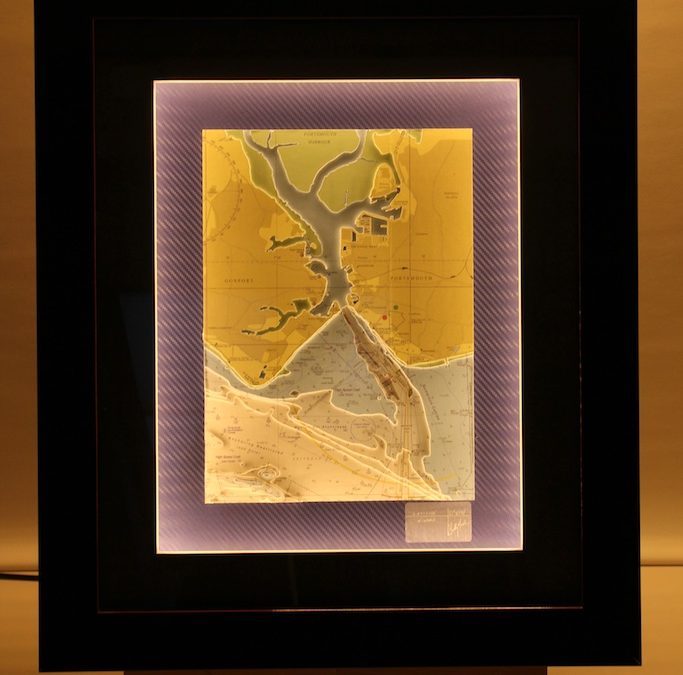 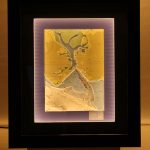 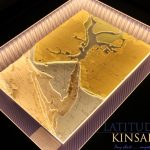 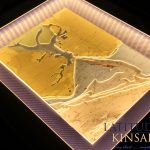 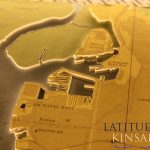 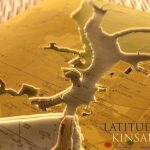 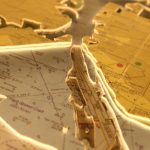 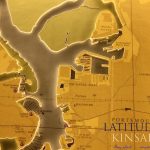 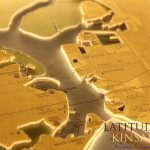 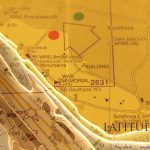 Portsmouth is the UK’s only island city. As a significant naval port for centuries, Portsmouth has the world’s oldest continuously used dry dock and is home to some famous ships, including HMS Warrior, the Tudor carrack Mary Rose and Lord Nelson’s flagship, HMS Victory (the world’s oldest naval ship still in commission). The channel entrance to Portsmouth Harbour is centred on the chart with the land areas around Gosport and Portsmouth on either side in an almost mirror-image. This is a busy shipping lane with the deep channel running close to the Portsmouth side. HM Naval Base is included as is the Continental Ferry Port. Gosport boasts three modern marinas: Royal Clarence, Gosport Marina and Haslar Marina, all of which can be seen on the chart.

The effect of surround lighting on this piece makes the chart appear to hover above the surface. This chart looks very attractive set on a marine background, with a black mount and a black frame.