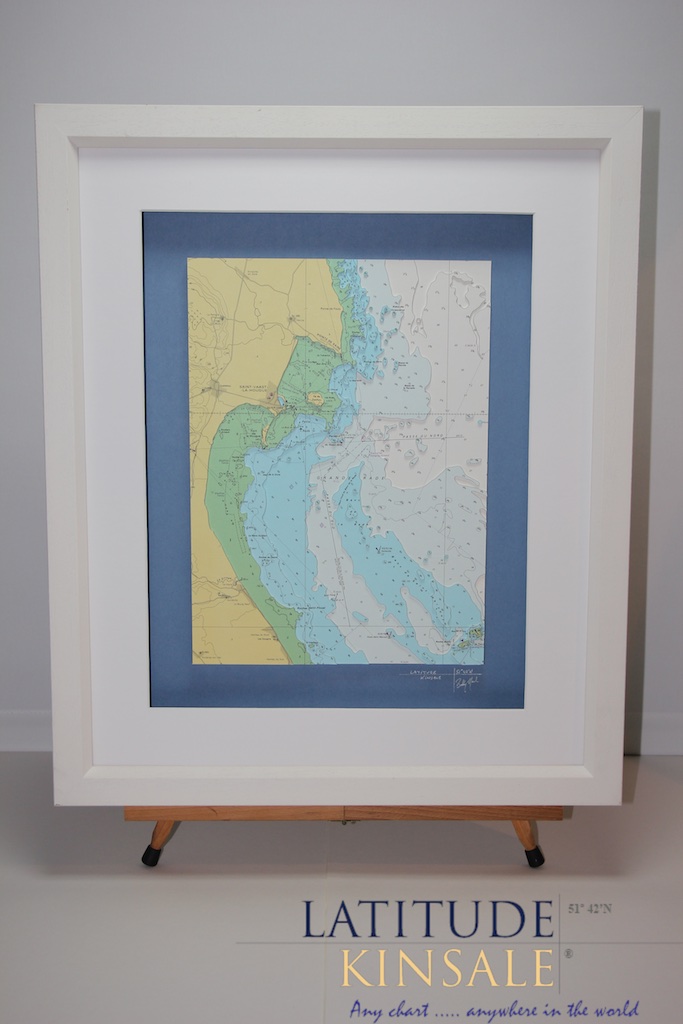 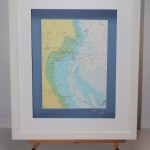 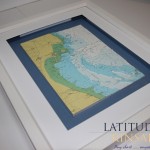 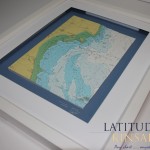 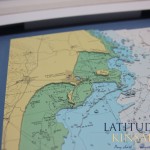 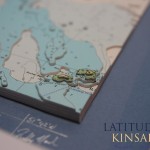 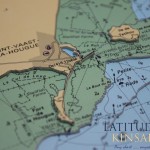 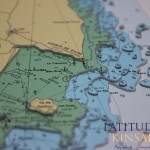 Saint-Vaast-la-Hougue is the focal point for this chart. It is situated in Normandy, about 30km east of Cherbourg. The island of Tatihou forms part of the Saint-Vaast-la-Hougue commune. The harbour was developed during the course of the 19th century when the jetty was built, followed by the quayside. Later on, breakwaters were added around the harbour. In 1982, the port was closed off with two large hydraulic gates which keep the water level constant at low tide. This allowed the construction of a large marina which can accommodate over 700 yachts, including 100 moorings for visitors. Nowadays, the post is shared by fishing boats and yachts.

The coastline for this chart stretches from Barfleur in the north, past Saint-Vaast-la-Hougue, and south as far as the Reserve Naturelle du Domaine de Beauguillot. The finished chart is set on a marine blue background and has a cotton white mount and a limed white frame.