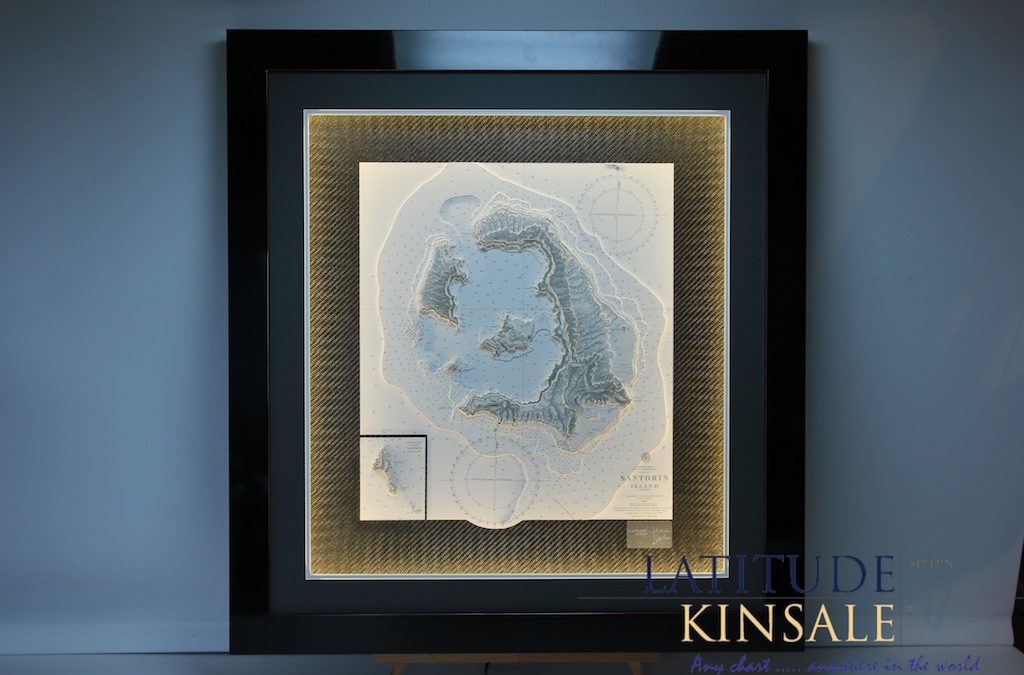 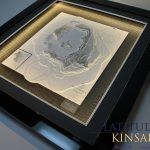 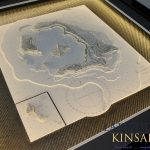 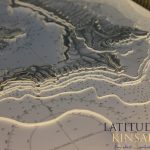 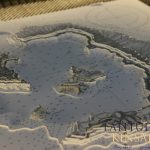 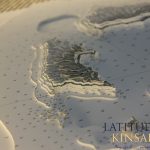 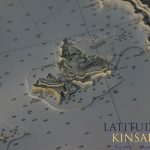 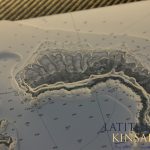 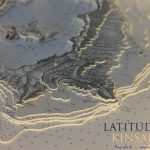 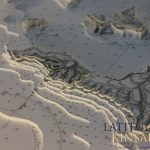 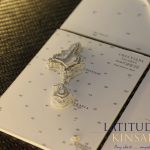 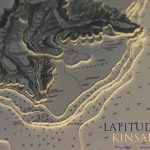 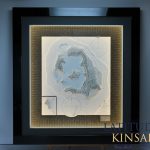 Santorini is a volcanic island located in the Aegean Sea and belongs to the Cyclades island group. It forms its own archipelago made up of Thirasia, Thira, Kameni and Aspro. Santorini (or officially Thira) is the largest of the group. Thirasia lies to the west and nestled between the two are Kameni and Aspro. They are among the brightest jewels in the Greek islands’ crown. Thousands of years ago, a volcanic eruption caused the centre to sink, leaving a crater with towering cliffs along the east side. The depth in the crater is over 380 metres while the main island, Thira, rises nearly 500 metres. Fira is the island’s capital and is situated on the west coast. Christiana is an uninhabited island group located 10 miles southwest of Santorini. It is made up of Christiani, Eschati and Askania. This group is shown on a feature insert on the bottom left.

The geographical formation of these islands make this a very attractive chart. The chart was mounted on a golden background and features a charcoal mount and a gloss black frame. Surround lighting completes the piece.