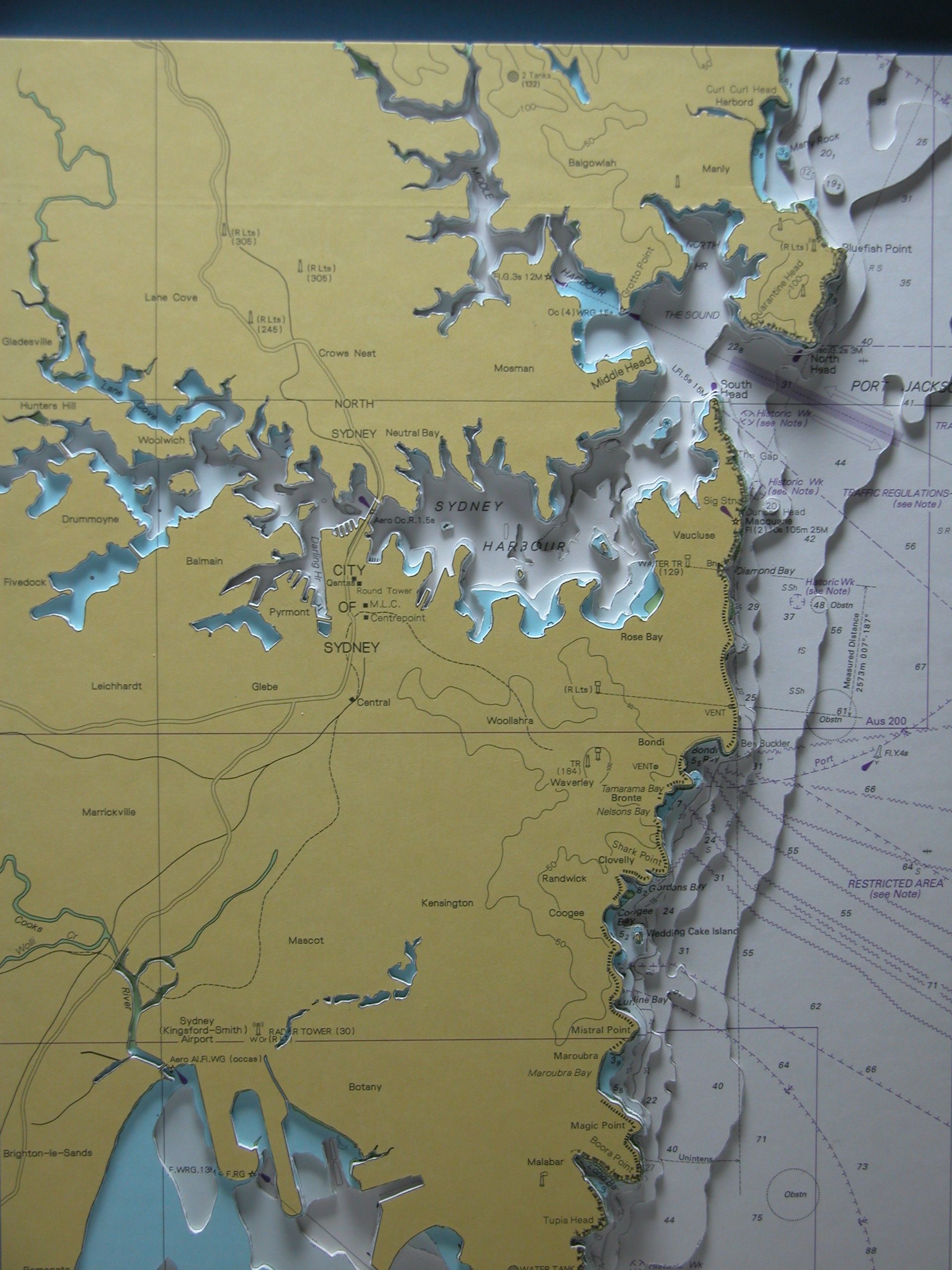 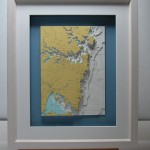 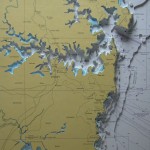 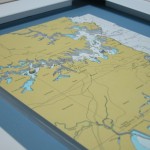 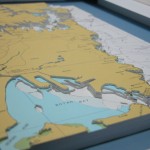 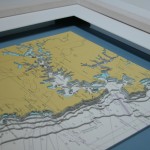 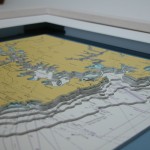 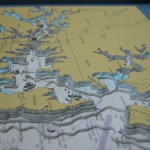 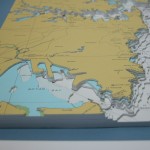 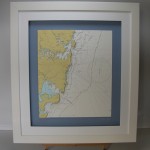 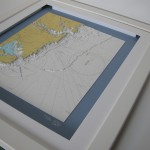 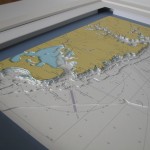 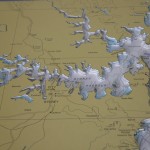 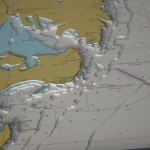 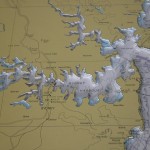 This is one of many pieces that I have been commissioned to make of the Sydney region. Sydney harbour (Port Jackson) itself is fascinating with its numerous peninsulas that make up the very complex harbour. To create this in 3D is difficult, especially as the channels are deep and take unusual routes. At the entrance you have North Harbour, the headlands of Hornby and North and Middle Head guard the entrance to Sydney. There is a dangerous bank to the east of Hornby head called Sow & Pigs. Other key features are Shark Island, Clarke Island, Fort Denison, the Sydney Bridge, Goat Island and Cockatoo Island.

Depending on what scale chart is used, you can either have a lot of detail or a broad view of the main features. More often than not the broad view is best because it puts the area in perspective. If we look to the south you have Botany Bay with features like Cape Banks, Cape Solander, Bate Bay and Port Hacking. The Cooks River and the Georges River are the two major tributaries that flow into the bay. To the north you have Broken Bay, Pitt Water, the Lambert Penninsula and the various features associated with the Hawkesbury river as it makes its way to the Tasman Sea. Each and every one of these features would make good 3D charts.