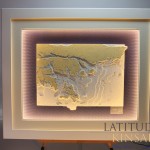 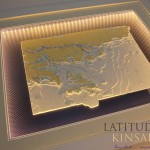 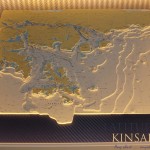 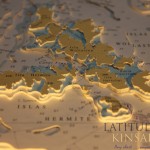 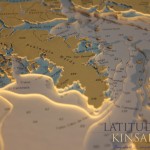 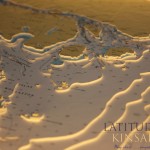 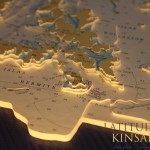 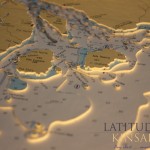 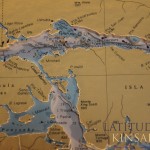 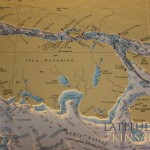 This chart was a commission for a client who worked in South America and sailed around numerous islands that make up the Tierra del Fuego archipelago. A fascinating area, however as a 3D chart it is a challenge. The numerous islands and passages make this extremely complicated with many hours of painstaking work. There are many skills that I have developed over the years of making 3D charts, making jigsaws is one of those, having cut everything twice by hand I am left with hundreds of pieces that need to be assembled into a 3D chart. We were delighted with the finished work that had a complex yet subtle beauty.

Cape Horn is the southernmost headland of the Tierra del Fuego archipelago of southern Chile, and is located on the small Hornos Island. Cape Horn marks the northern boundary of the Drake Passage. For decades it was a major milestone on the clipper route, by which sailing ships carried trade around the world.

The waters around the Cape are particularly hazardous, owing to strong winds, large waves, strong currents and icebergs; these dangers have made it notorious as a sailors’ graveyard.

Beagle Channel is a strait in the archipelago island chain of Tierra del Fuego on the extreme southern tip of South America partly in Chile and partly in Argentina. The channel separates the larger main island of Isla Grande de Tierra del Fuego from various smaller islands including the islands of Picton, Lennox and Nueva; Navarino; Hoste; Londonderry; and Stewart. The channel’s eastern area forms part of the border between Chile and Argentina and the western area is entirely within Chile.