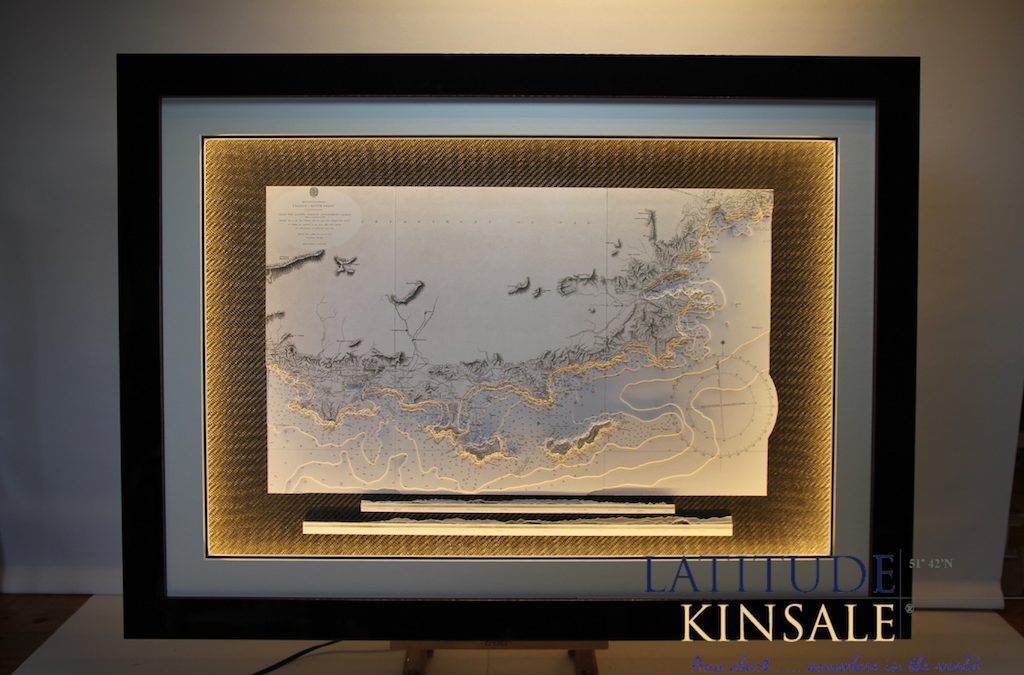 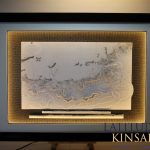 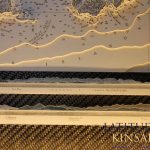 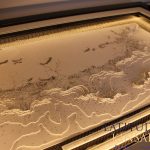 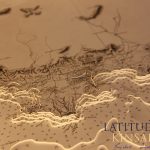 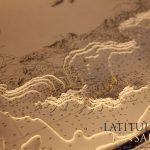 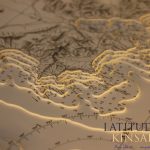 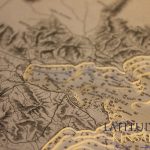 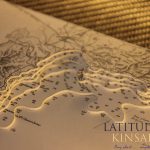 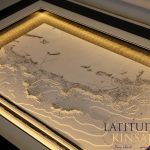 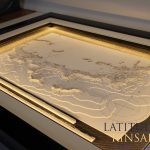 Toulon to St. Tropez covers the most southerly part of the French Riviera, or the Cote d’Azur as it is known in France. It is a tourist area of renown. The peninsula of Giens is prominent on the chart, mostly because of its fish-tail shape. It is connected to the mainland by two sand dunes. Lying south of Giens is Iles d’Hyeres which is a group of four islands named after the inland town of Hyeres. The islands are: Porquerolles, Port-Cros, Ile de Bagaud and Ile du Levant. Moving eastwards, the notable locations on this chart are Cap Benat, Le Lavandou, Cavalaire sur Mer and eventually St Tropez. St Tropez has what was once a very busy commercial port but it is now mainly used for leisure sailing.

Below the islands, there are two land elevations shown of both the islands and the mainland. The chart was created from a UKHO archive 1950’s chart. The piece has built-in surround lighting. It sits on a golden background and has a charcoal mount and a black frame.