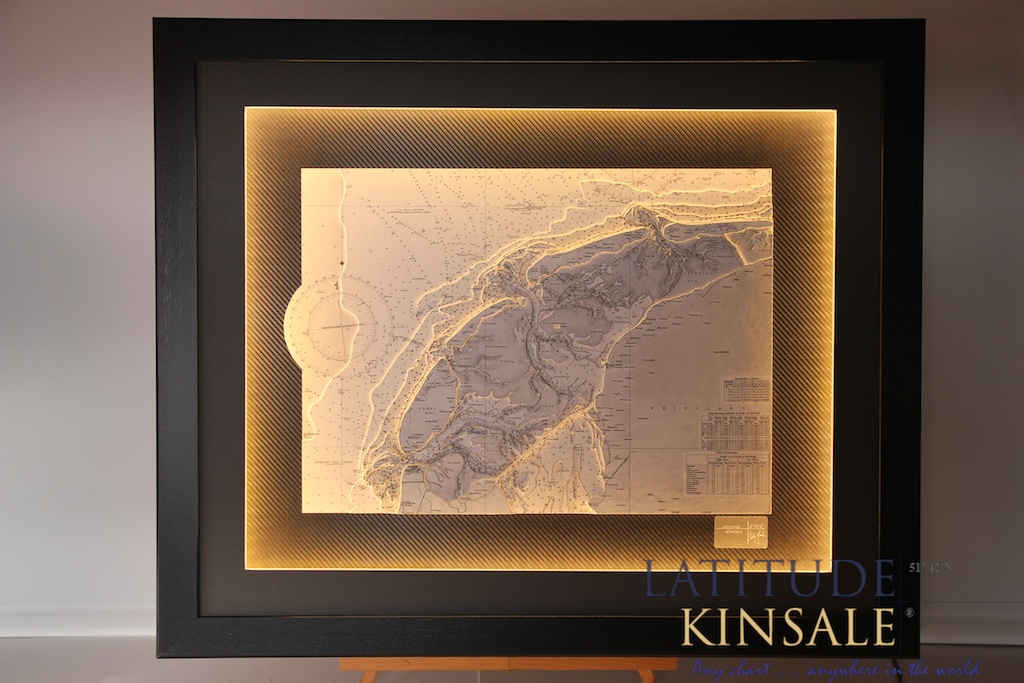 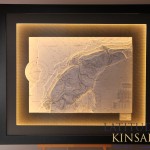 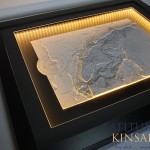 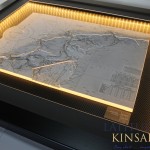 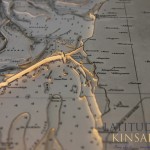 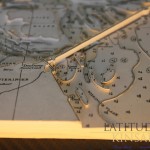 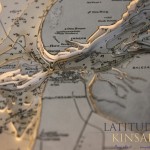 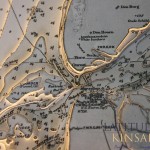 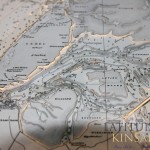 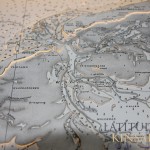 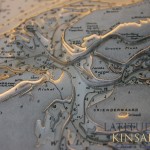 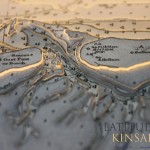 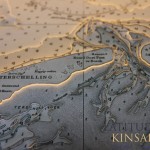 This was a very interesting 3D chart, the NW coast of Holland is made up of a series of islands with a complex networks of channels that run between the various sand banks. I used a classic B&W chart from 1950. Overall a spectacular chart. The surround lighting captures the numerous contours and the Aluminium background makes the piece appear as though it is floating within the frame.

The Zuiderzee Works are a human-made system of dams, land reclamation and water drainage works. It was the largest hydraulic engineering project undertaken by the Netherlands during the 20th century. The project involved the damming of the Zuiderzee, a large, shallow inlet of the North Sea, and the reclamation of land in the newly enclosed water body by means of polders. One of most notable features of the Netherlands was the Zuiderzee, which was a shallow bay of the North Sea. While the Zuiderzee was a resource for fishing and allowed access for trade, it could become dangerous whenever one of the frequent North Sea storms would push water through the bay’s inlet. Dikes would fail and the resulting floods would kill hundreds or even thousands of people. In the 17th century the first plans to address this problem were drawn up. It wasn’t until the 19th century, however, that the technology to actually do the job was developed. Cornelis Lely, a Dutch civil engineer, came up with a plan that proposed building a long dam that would close off the Zuiderzee and turn it into a lake. On June 14, 1918 the project was officially started. Its goals were to protect the region against floods from the North Sea, increase the country’s food supply by creating polders that could be turned into farmland and use what remained of the Zuiderzee to improve water management.